Linda M. Harris MD joined UBMD Surgery in 1995, and currently sits as a Professor of Surgery with tenure in the department of Surgery.  Dr. Harris is Board certified by the American Board of Surgery in Vascular Surgery and General Surgery.

She has received 21 awards and honors throughout her career and has worked with 53 various grants relating to her vascular expertise.  Dr. Harris has been published 68 times in referred journals, contributed to 10 articles / editorials, contributed to 17 book chapters and has been featured in media spotlight 4 times. She is currently co-editing a book in vascular surgery.   She has been invited to present 77 times about various relating topics, and has given 136 presentations relating to her expertise.

Dr. Harris is the Program Director for the Vascular Fellowship and Vascular Residency Programs. She is also a Fellow of the Society of Vascular Surgeons and a member of the Society of University Surgeons.  Dr. Harris belongs to numerous societies and is involved with their activities including: American College of Surgeons, Association of Women Surgeons, Association for Academic Surgery, and Western New York Vascular / Endovascular Society.  She is past president of the Eastern Vascular Society, the largest regional vascular society in the US, and the Association of Program Directors in Vascular Surgery.  She also sits on the editorial board for  the Journal of Vascular Surgery, the Vascular Specialist, and ACS News.  Within the University at Buffalo, Dr. Harris is involved with many programs including: Graduate Medical Education, Executive Council for Department of Surgery, and Academic Leadership Group representing the Department of Surgery for Kaleida Health. 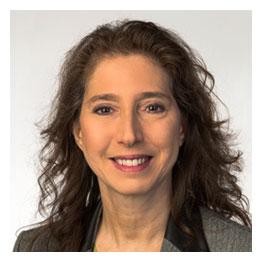